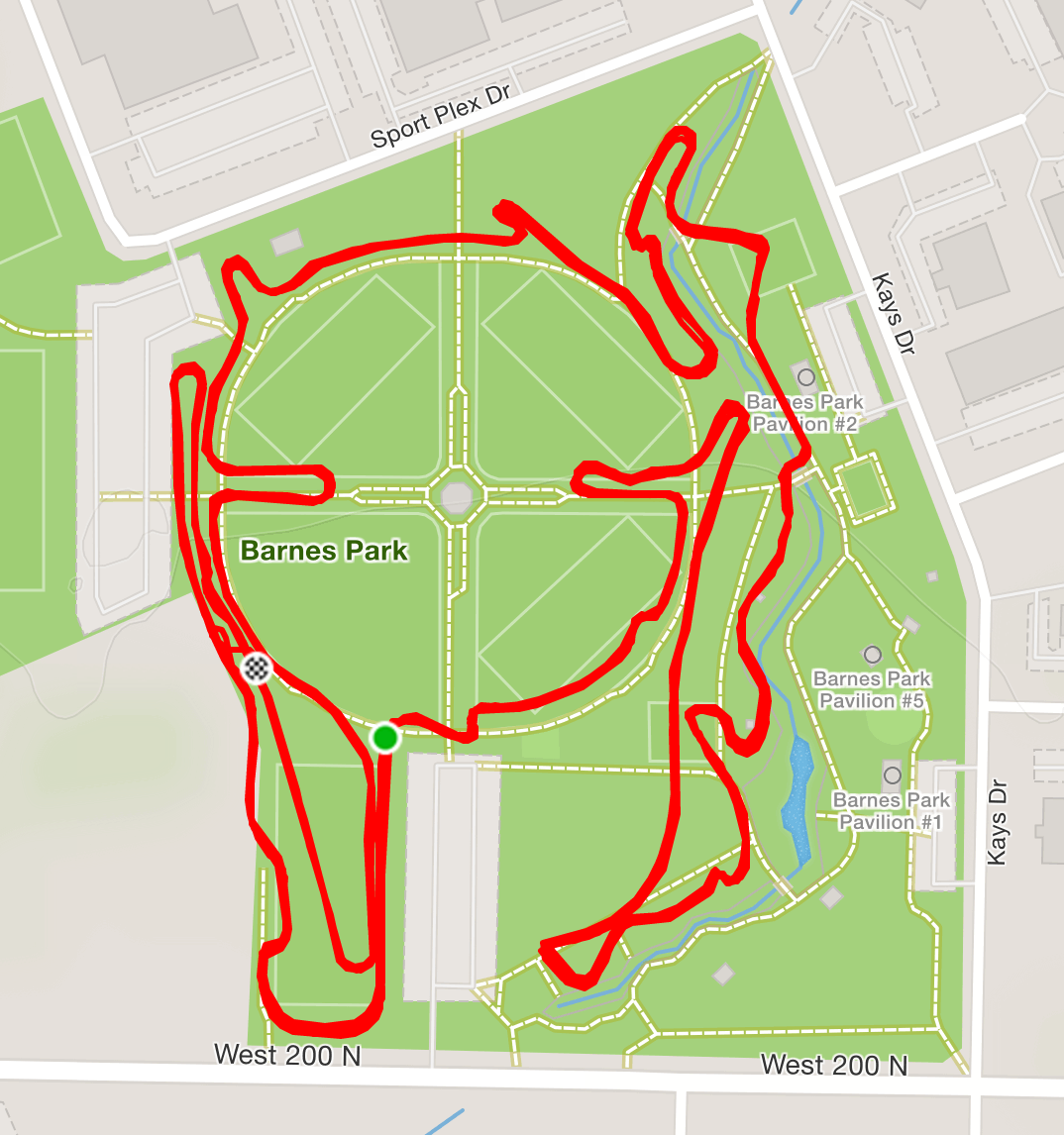 I think my fellow cross racers would agree that in most cross races, you fire up the old engine, dig in for a fast lap or two, and then try to maintain your earned position throughout the rest of the race. Maybe you try and snag a spot or two closer to the top spot along the way. I feel like this CX season is now in that phase. Where you try to hold on to position. The racers might change slightly week to week, but I am always just behind, and just ahead of the same few people. I have been incredibly happy with my consistency as a CX racer in the B flite this year, placing around the top 10 for most of my races. Since I was last in my first B race last year, this feels pretty good. I am hoping to perhaps crack the top 5 before this season is out. But, I do feel like at this stage in the season, I am sort of going through the motions, and not really making much progress.

I did not feel like today was my day. Barnes Park is a sandy bastard of a CX course. There are always too many trips through the sand, where n minus n is the number of trips through the sand I would prefer to make (where n is the scheduled number of trips through the sand). After an early morning Frontrunner ride to the course, Tom and I got a few good practice laps in before frostbite captured us. Despite these solid laps on a wet frosty course, I was never able to come up with a strategy for what to do in the sand. I figured I would run the two sand pits with dog leg right and left, but the straight pit was messing with my head. Sure, I should be able to ride it, but it was long and trenched out, with a stout lip on either side. AND I have a mental block about these sorts of things. So I did what I hate doing, and went in without a plan.

We lined up for the race and did the typical sprint up to speed. I had a decent start for me, meaning that I didn’t let Tom Millar go by me right away. After a few trading places, I rolled my back tire and let some air out. I thought it might have been flat, and didn’t want to take out Tom, who was now right behind me, so I slowed up and watched him and his draftees scoot by me. After the next sand pit I checked my tire with a quick grab and it felt “alright” so I tried to push hard again. Unfortunately Tom and his compatriots were CX gone (meaning they were 15 second ahead, and I would never see them again). So I set into a battle with the same folks I am always battling with…the ones near me. This time around, I managed to eat shit on a wet grassy corner and struggle through all the sand pits. I missed the memo for 3 laps to go, and then 2 laps to go, and then 1 lap to go, so when the race abruptly ended, I was a bit disappointed that I was unaware of the finish.

I had luckily paced Matt Nelson up a bit, on to his eventual hard earned victory! As for me, I had saved way too much energy, and should have pushed harder to try and close the gap in front of me. Oh well, not my day. Luckily that is what teammates are for. Matt Nelson got the win in the 35+ Bs, Drew was only a handful of sections behind, always killing it. Tom Millar, of future UCA presidency fame in 2025 finished 6th, which was awesome. I slotted in at 8th. Matt Jorgenson, Kirk Campbell, Nick Runtsch and Parker Feierbach fought it out in the middle pack, sorry I didn’t see results, I can’t report on these. Chris Ward and Daniel Sellers had their own battle towards the back of the pack, but they will have to share that one with you. After the race, I rode the 27.3 miles back to Salt Lake City, and regretted it only when I realized I had no water about 400 yards down the rail trail. Womp womp. Lesson learned.

I don’t often mention Justin Haaga on here, because his race happens when I am “thinking about” how I should be warming up… but he is a fixture in the C flight these days, and he looks better every week in that shiny summer jersey. Also, he is always excited to hear some heckling, so get after him next race. Elliott Bueler also joined him in the Cs today and was looking good out there! Sorry if I forgot anyone. Anyway, I guess this report was a bit more philosophical than some, but I really appreciate having teammates that are supportive. And, I hope these things don’t come off as self absorbed, I only know the story I can piece together through the side stiches, which is mostly based on my ride. What happened with your race?