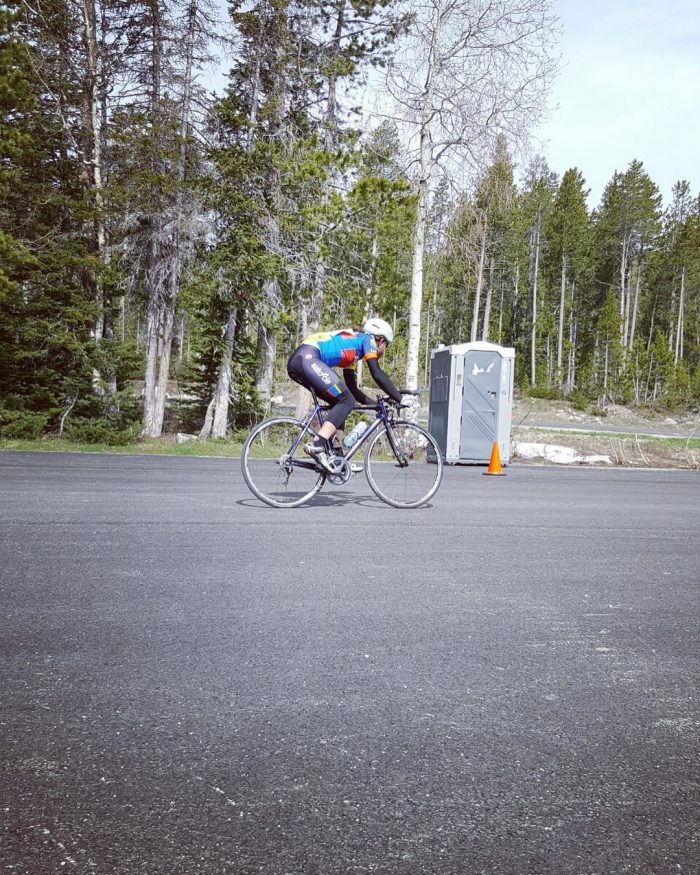 Road race – Much too flat for me to do well at. No one could get away despite multiple attempts in the first 10-15 miles. Just stayed in the bunch and chilled out. However, I had to pee worse than I’ve ever needed to in my life. To the point of pain when we neared mile 25.

I decided I would unzip all my layers and pull of and go as fast as possible and go again because no one was attacking and the pace was chill enough that I didn’t think I’d need to do too much work to get back.

Everyone attacked the moment I put my foot on the ground.

I spent the next 11 miles ITT’ing back to the field because I am a moron and didn’t pee enough before the race. I finally caught the group after passing 15 flat tire victims through the east side road which was a minefield of potholes and terrible road conditions with approximately 19 miles to go. I was pretty gassed so I didn’t have any hopes in a flat sprint. Stayed with the group to near the final turn when a rider got his wheel taken out from under him into a guard rail. I hung onto the group until the final turn where I let the field go and finished well off the back.

Circuit race – An uphill climb with a circuit on top is basically my recipe for success. A neutral, downhill start led to the TIGHTEST corner you’ve ever seen in your life that no speed could be carried through. Once rounded we began the race, where a smaller younger guy was pushing some power through on the first of five climbs. I stuck his wheel more in a “prevent the break” manner than a “let’s destroy this field!” way.

When we approached the top of the climb I noticed that the field was already starting to get shred with myself on this young man’s wheel and two others behind me and the beginning of a significant gap.

Thus I made “the attack” at the start of the first circuit. If DLD has taught me anything is that power through a circuit and take the descent as fast as you possibly can to gap your opponents and take the lead.

On the descent another gentleman who was behind me caught up to me and we began to work together on the descents. On the climbs I was mostly up front taking the pulls mostly out of paranoia about getting caught by the chasers and didn’t share the pull duties until the descent.

On each successive descent the chasers would end up farther down the climbs as the two of us made it down the top of the descent.

The final climb I eased off a bit after the initial stretch of climbing and let the other guy take over. I got on his wheel and weathered his attacks, but I figured I may have ground myself more than I ground him which was my strategy leading to this circuit. I stuck to his wheel all the way to the last corner on the way to the finish and made sure to be geared up enough to be able to power past but alas my matches were burnt and I had to settle for a close second.